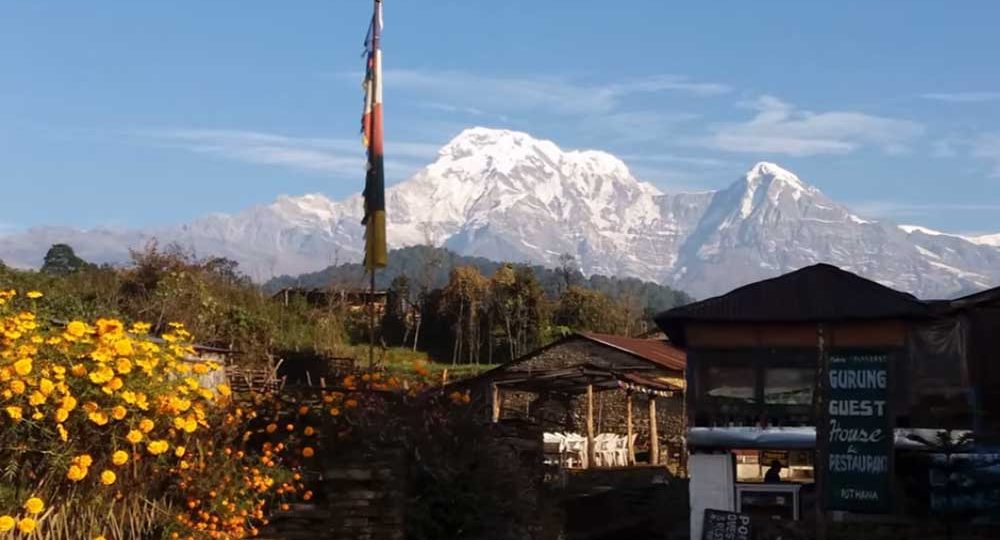 In the Annapurna Conservation Area, Mardi Himal Trek is a relatively new trekking route. This trekking trail officially opened in 2012 but it attracted the attention of lots of hiking lovers within a short time.

The key factors are that it is comparatively shorter than other Annapurna trekking routes and everyone will encounter variety from forested areas to the Rocky Mountains within the short track. Mardi Himal Trek ascends to Mardi Himal’s base camp.

Mardi Himal is located directly below the impressive Mount Fishtail, known as Machhapuchhre, and the best time to trek Mardi Himal is around Autumn and Spring.

Other attractions of this hiking path are the picturesque terraced landscape and Rhododendron trees, spectacular Sunrise and Sunset View from the High Camp.

As with other Annapurna trekking routes, Mardi Himal Trek’s gateway town is also Pokhara. After a quick drive (half an hour) from Pokhara, you arrive at Phedi.

After arriving at Phedi, you continue trekking to Dhampus, then reach Pothana. Walking down the Rhododendron forest trail from Pothana is very exciting.

The forest track continues to approximately 3,300 m. When the path overlooks a rugged mountain setting with stunning views of Mardi Himal, Machhapuchhre and South Annapurna.

There is a low camp with potentially the best views of Machhapuchhre and sunrise and sunset views anywhere in Nepal. 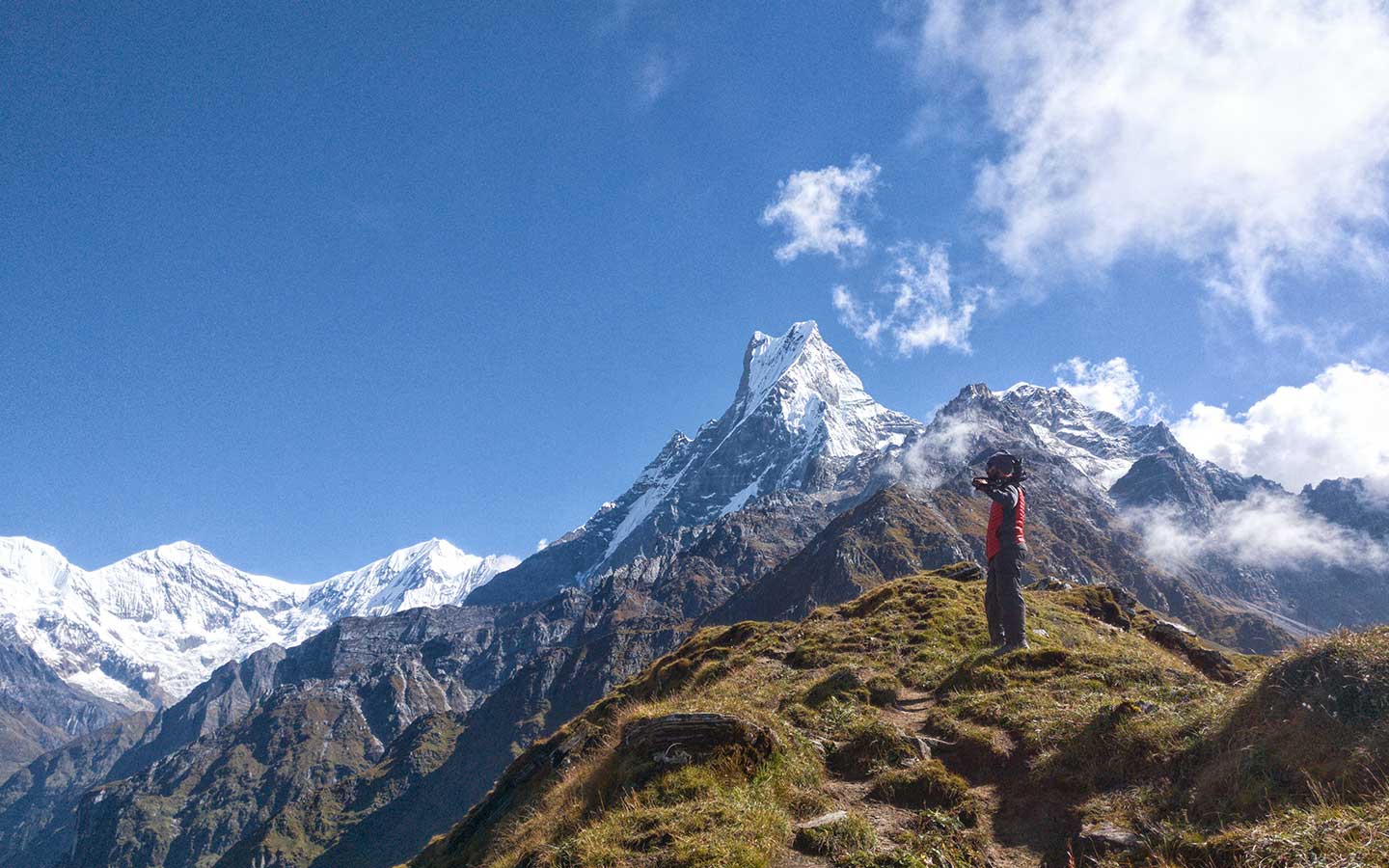 Instead, you walk down to Sidhing and Lumre where you end up trekking. You’ll then travel back to Pokhara with Kathmandu’s following.

When is Best Time for Mardi Himal Trek?

Mardi Himal Trek, like the other areas in Nepal, faces four seasons, namely Autumn, Spring, Summer, and Winter. Both these seasons come under different months and have various climatic and environmental variations. Let’s debate what is the best time for Mardi Himal Trek.

Fall is the best time for Mardi Himal trek. The fall of autumn is in September, October, and November. It is one of the highest trekking seasons in Nepal.

Autumn is the post-monsoon season, because of the summer rainfall, which makes the Annapurna region surrounding. So the visibility of the mountain ranges and the region’s scenic beauty seem incredible.

Weather and Temperature during Mardi Himal Trek in Autumn

During the Mardi Himal trek, the weather and temperature are about 20°C in the daytime and at night the region’s temperature may fall to 10°C.

During this season you can not expect rainfall, except for early September. So trails to the Mardi Himal during the autumn season may not be rainy and muddy which makes it the best time for Mardi Himal Trek.

Since the Annapurna region’s weather and temperature are good, you do not have to bring along a lot of warm clothes. A minimum amount of clothes would be enough. 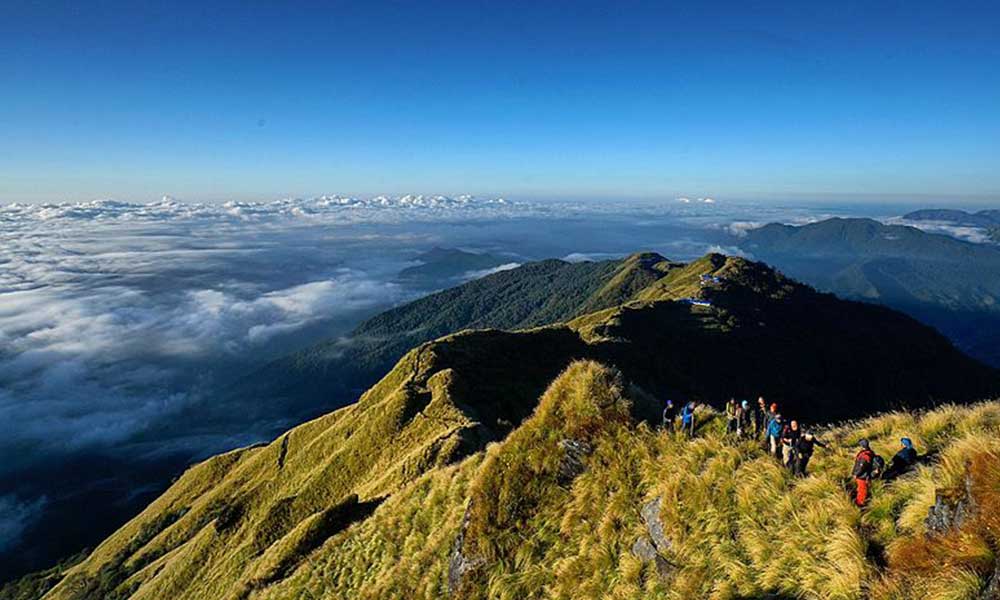 Spring is the second-best time for Mardi Himal Trek. It occurs in March, April, and May. Various plants grow during spring, and flowers such as Rhododendron bloom. It is the time of year when the natural ecosystem is green and new.

As you trek to the Mardi Himal this month, you can smell the fragrance of different flowers. During this season the beauty of wild flora and fauna reaches its full height. It is the pre-monsoon time so in this season, the skies are usually clear which will give you a better view of the mountains.

In Spring you can find several tea houses and restaurants along the trails to the Mardi Himal. And if you are planning to go trekking to the Mardi Himal in Spring, you don’t have to think about your food and accommodation. You will be provided with adequate facilities by the tea houses.

Weather and Temperature during Spring

The Annapurna region’s daytime temperature may range from 17-20 degrees during the spring season. The temperature at night will vary from 0- 5 degrees.

You may also anticipate some moderate rainfall in late May. So check the weather forecast before setting off for trekking.

You will not have to wear very voluminous clothes because of the warm and humid weather conditions during this season.

In Nepal, the summer season occurs in June, July, and August. They are the hottest months in the Annapurna Region. This season can also be called the season of the monsoon because it rains almost daily.

While the trails get muddy, the Annapurna region’s natural beauty looks spectacular after the storm. You can catch some impressive views of the mountain ranges.

Summer is one of the year’s least preferred periods for Mardi Himal trekking. However, you will have pleasant trekking experience to the Mardi Himal with the correct trekking gear and rain equipment.

Weather and Temperature during Summer

The Annapurna Region’s weather and temperature vary from 10 degrees- 23 degrees during the daytime during the season.

It is very well suited to trekking. At night, the place temperature can vary from 10-15 degrees.

Nevertheless, the monsoon rain is the only challenge that you have to face. It’s one of the reasons people do not normally trek to Mardi Himal during the season. 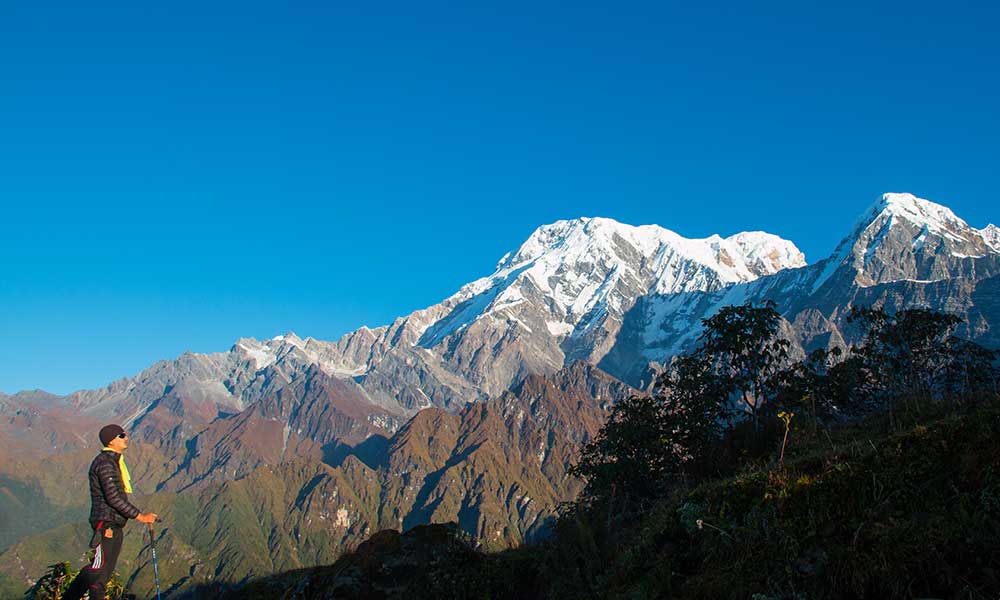 In Nepal, the winter season occurs in December, January, and February. This winter season is not the best time for Mardi Himal trek because most of the trails on the way to the Mardi Himal can be coated with snow.

During this season the surrounding area is getting very dry and cold. Despite this, most visitors don’t want to winter trek to the Mardi Himal. But the region’s scenic beauty and the Annapurna region’s snow-covered mountains look incredible.

In the Annapurna region, the teahouses and lodges can not be packed during the winter season. You may not have trouble finding the right hotel for you, because of this.

The weather and temperature during Winter

In the winter season, the Annapurna region’s weather and temperature become chilly. The region’s average daytime temperature varies in Winter from 9-12°C.

And the temperature may also fall to -5 degrees at night. Much of the Annapurna region’s places are snow-covered. And because of that, when walking in the area covered with snow, you can face some difficulties.

Weather and Temperature around Mardi Himal

The Mardi Himal weather and temperature are variable all year round. In the four individual seasons temperatures and conditions are distinct. Summer / Rainy, Winter, Spring, and Autumn.

The environment for the trek is fine around Spring. The sky is bright and gray. The mountain views come unimpeded. Rhododendron woods are full of vivid blossoms.

The average temperature can be as high as 20 degrees. The daytime temperature is usually close to 17 degrees though. It’s colder at nights and early mornings but not freezing.

The views can not be obvious at monsoon. Dark clouds can overtake the sky and heavy rainfall can block the panorama of the mountains. But if you’re lucky, after the heavy downpours, you’ll catch fewer and more stunning scenic views from the ground.

Mardi Himal’s autumn means a spectacular sunrise and sunset on a clear sky. Monsoon lights up the atmosphere. With grace, you shall see the mountains shine. The weather has remained clear and healthy.

Rainfall is least likely. But there are chances that during trekking in early September you will see little rainfall.

In the Himalayas, winter means freezing cold. December-February at Mardi Himal is winter. The weather is getting warm. The mountains and the trails are covered with snow piles.

In winter, the temperature decreases by 5 degrees Celsius (approx) for every 1000 meters of altitude ascent. During the daytime walking under the sun is dry.

The temperature is expected to be around 9 to 12 degrees. Freezing mornings and evenings. Temperature crosses around-Celsius 5 degrees. 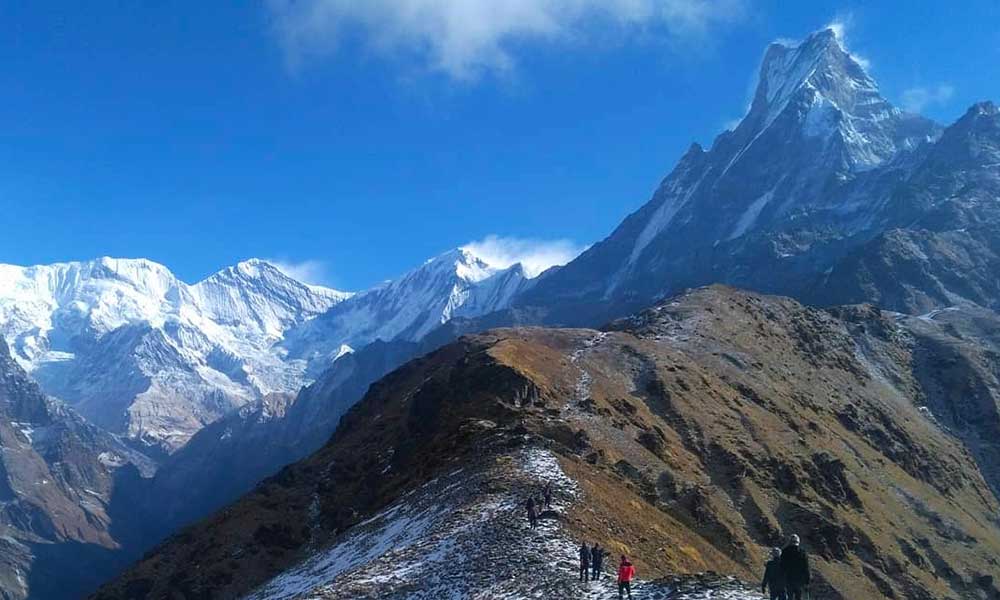 Anyone can do Mardi Himal Trek; from beginner to seasoned hiker. You do not have to face difficulties while trekking to the Mardi Himal, as the paths are very clear. No ice picks and ropes are needed in this trek.

If you’re someone who’s used to traveling 5-6 hours a day, you can easily complete this trek. You can choose your best time for Mardi Himal Trek from the weather and temperature of the various reasons given above.

Radiant Treks is fitted with the correct members who will come to receive you from Tribhuvan International Airport and also drop you off for your final departure. If you have any questions about this trip then please contact us. 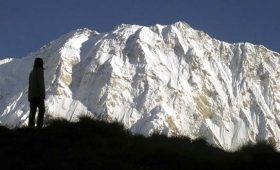 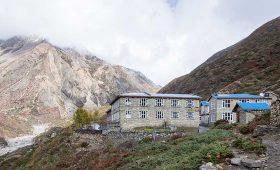 How To Prepare For Annapurna Circuit 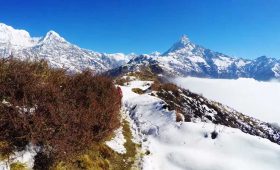 Mardi Himal Trek In December – All You Need to Know About