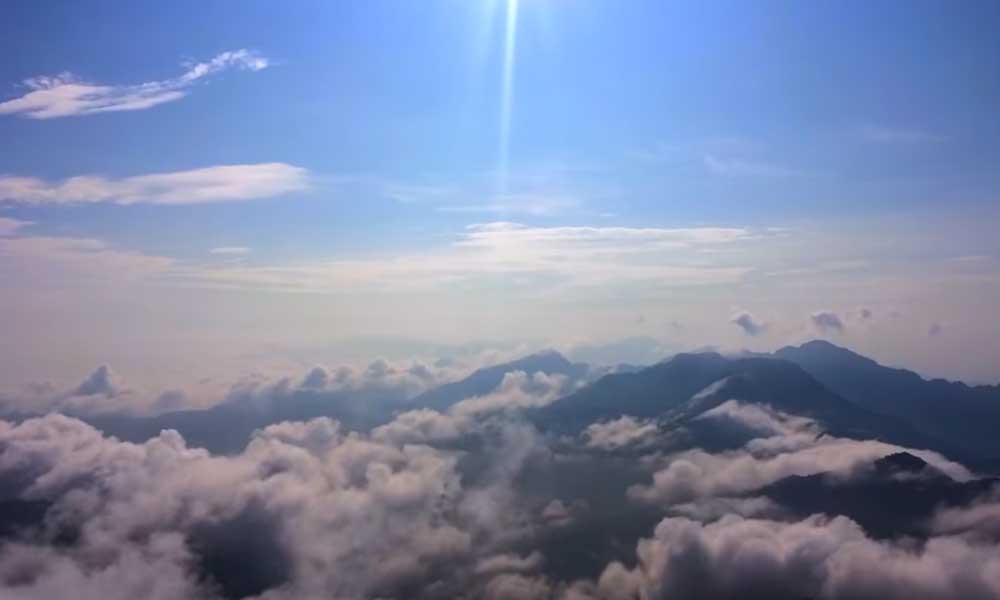 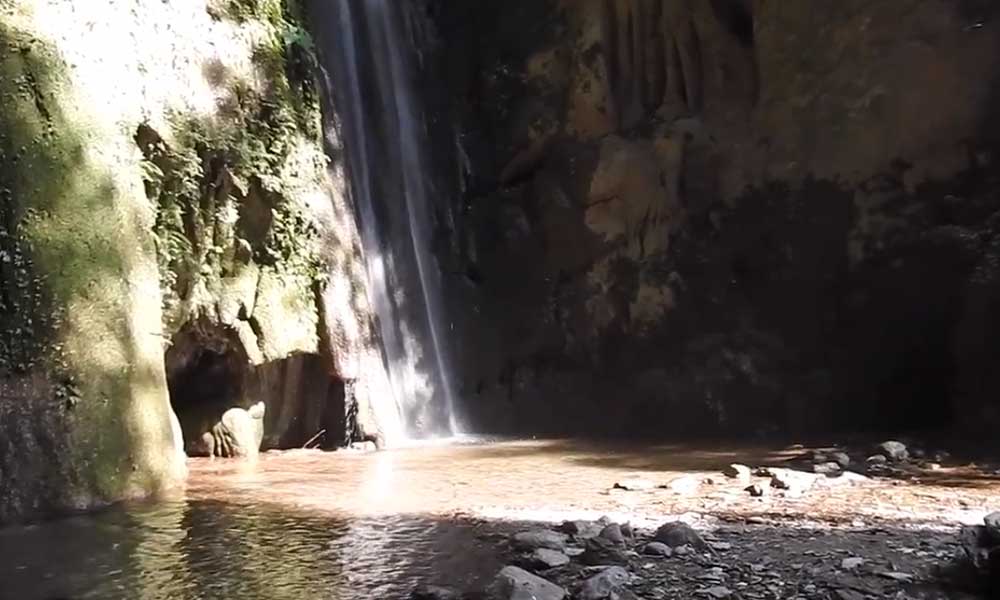 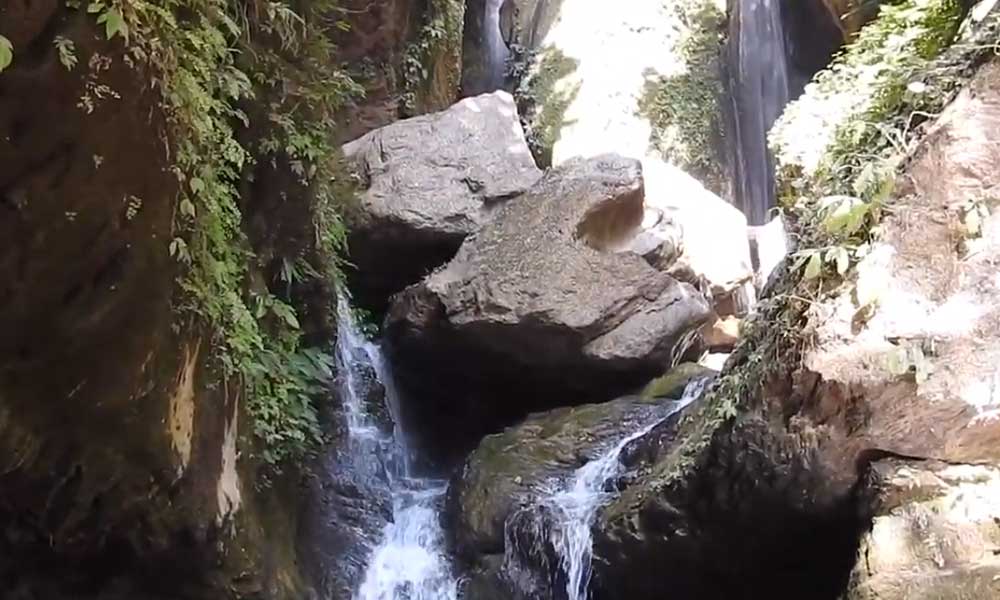 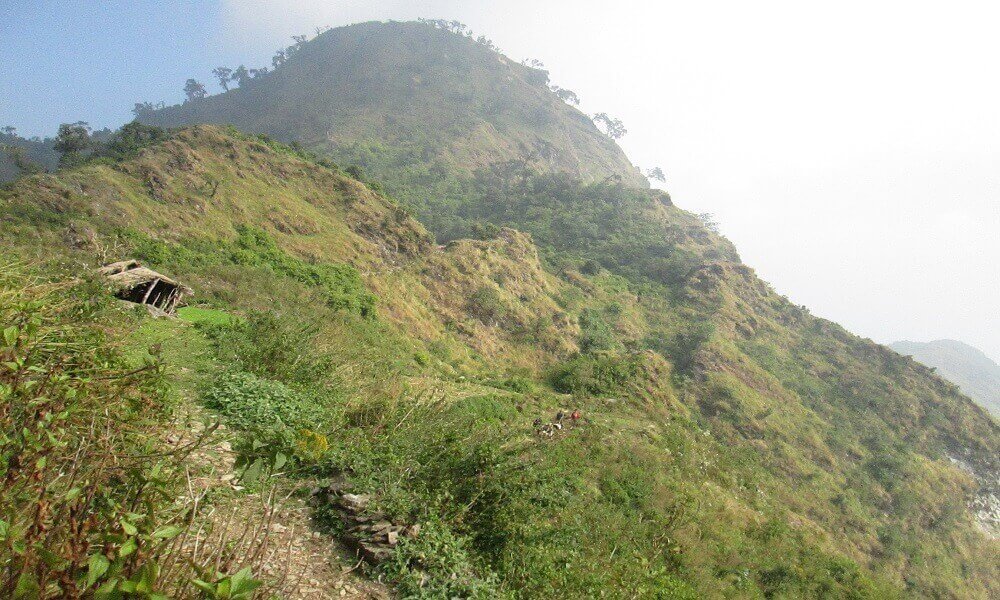 Nepal is fast-emerging as one of the globe’s best trekking destinations. In recent years, it has seen an upsurge in the number of hikers traveling the country like never before.

That puts the question of why so many people are fond of Nepal and its trekking route. You too must be wondering what’s so great about the country that makes it a gem.

So, let me tell you that it’s nothing but the country’s outlying trek routes and extensive wilderness. The high and low paths of Nepal that walk atop the mountain has captivated trekkers from all around the world.

Meanwhile, there are also few trails that escape the way to the apex and still offer drop-dead view. These walkways unfurl Nepal’s finest scenic vista that’s as breathtaking as unique.

Also, one of these trekking spots that has impeded the way to the top is Chepang Hill Trek. It was named after an indigenous tribe called Chepang who inhabited the region.

The shortest and most accessible trek route, Chepang Hill is just 166.1km far-off from Kathmandu. But, despite being next-door to the valley, the region comes up with much more diversity, both culture and nature wise.

The region is impossibly rich in culture and tradition regardless of the minority groups. For something new, the walkway is definitely not a child’s play but still worth following a sensational view.

As pre-planned, the day marks your arrival at Tribhuvan International Airport. Aware of the fact, our officials would be keeping a close eye on the arrival before coming to acknowledge you.

As a part of Nepalese culture, a warm greet would be all they have to offer you. With this, they’ll drive you to your hotel where you can relax and have some privacy.

The idea of having breakfast is to make you feel at ease before driving to Hugdi Bazaar. The ride may last only about 5 hours but, it’s the memories that will stick with you forever.

Hence, make the most out of the trip and enjoy the mesmerizing gorges and terrace from the backseat. All through the excursion, you’ll be riding on a Pokhara Highway which is gladly well-marked. For the first night, you’ll stay at a lodge in Hugdi Bazaar.

Just the second day of Chepang Hill Trek and the expedition is so far exciting. For the day, you’ll be hiking from Hugdi Bazaar till reaching the splendid Hatti Bang village.

It won’t take an entire day for you to reach Hatti Bang. However, the trek would still take 5 hours of time before reaching the last point. So, it’s best to prepare for the worst and have all your stuff ready to go on the backpack.

Get yourself breakfast and begin walking up the hills starting from Hugdi Bazaar. The trails amid walking the secluded part of the region will proffer you a spellbinding vista.

Meantime, you’ll also come to notice the colony of Chepang and Magar along the way. Your stoppage here can lead you to get the inside picture of the culture and religion of this community.

Leaving the villages behind, you’ll now take a path that in the back glance at Trishuli River. Atop is the dazzling snow peaks that overlooks the village and dense forest in the surrounding. At Hatti Bang, you’ll put up at a lodge that will look well after you.

No doubt, Hatti Bang was a crowd-pleaser but it’s time that you leave the village now. You may start with slow steps but make sure to speed up as soon as you get through the forest.

Coming ahead from the woodland, you’ll find a beautiful village inhabited by a multi-ethnic group of people. This community will unarguably amaze you with their unanimity despite having come from different backgrounds.

The 5 hours of trek up to Jyandala keeps you occupied with its breathtaking scenic view. There is plenty to enjoy here including the marvelous landscapes and soaring snow peaks.

Once again reaching the village, you’ll be surprised to have a glimpse of a golden sunset. For the night, you’ve to go along with a guest house in Jyandala.

Nature lovers might want to wake up early today to watch the blazing sunrise which is absolutely free here. But for those who are not interested, you can repose until breakfast knocks at your door.

Since the morning hours in Jyandala is seemingly cool, try ascending the hills as soon as possible. Let the few miles pass and you’ll be walking through a beautiful jungle filled with indigenous floras and fauna.

There is also a wide species of animals and birds to be found deep down the forest. The most frequently traveled trail too has a natural magnificence to offer travelers on the way to Dhangadi.

Scrambling to Chisapanitar from Siraichuli is as well fun and provides you with a spectacular view. In spring, birds on every offshoot keep tweeting until you arrive at Upper Dhangadi. Stay the night at a lodge and you can continue the trek the following day.

It feels like just yesterday your Chepang Hill Trek started and the trip is already in its halfway. On the 5th day of the trek, you’ll be traversing to Shaktikhor. So start hiking as soon as you can as the trek lasts for at least 6 hours.

Shoving off from Upper Dhangadi, you’ll take a downhill that heads straight to a remote village. While stopping at the village, you can witness people from different cultures residing together within the same society.

Alike their unity, the locals here too are very welcoming and far more gracious towards their guests. They treat the people visiting the region as their own family and embrace them whole-hearted.

It’s the second last day of Chepang Hill Trek and already we can see that you’re nostalgic. But not to worry as you still have one whole day to explore the region on your way to Chitwan.

From Shaktikhor, it’s an hour’s drive to Chitwan so you won’t need to have any strenuous hike. In fact, it’s all flat land starting from the village up till reaching the Inner Terai.

The ride to Chitwan begins shortly after you’re finished having your breakfast. In an hour drive, you can spot magnificent valleys, dense forest and even parks with wild animals.

Speaking about the park, you can visit Chitwan National Park and also go on a jeep safari while at Chitwan. For the night, you can either go with the cultural shows or stage play to relish. Stay the night at a hotel in Chitwan and you can travel to Kathmandu the later day.

Unfortunately, it’s the final day of your Chepang Hill Trek. And today you’ll officially bid goodbye to this wonderful city and people here with diverse culture and religion.

Since we’ll take a ride from Chitwan to reach the valley, you can take your time for breakfast. Pack your stuff and we’ll leave the city.

It takes about 6-7 hours drive from Chitwan to arrive at Kathmandu. Even after then, the ride continues up till we drop you at your hotel.

You can relax then or instead take a short trip to the city with a glittering light show. Nights in Kathmandu often have the best light work with illuminating scenes.

Cost Included in the Package

Cost Excluded from the Package

Finding the best time to visit Chepang Hill is presumably a challenge for many trekkers. And that’s because the accomplishment of your trek somewhat relies on which time you visit the region.

Depending on which season you’re going to travel, the trek can be as momentous as you expect. Henceforth, if you’re wishing to make your Chepang Hill Trek imperishable then better make it happen during spring or autumn.

These are the two seasons that can make your 7-day long trip unforgettable for every good reason. As far as Autumn is concerned, there’s plenty to look over the valley including the surreal landscapes and endless forest.

The trails, all along the way to the hill are tucked with orange and yellow foliage, causing it to look astonishing. As above you climb, there are tremendous remote villages to seek out and relish the culture here.

Terrific as always, spring deserves widespread attention for its captivating beauty. The season is just perfect to flee the city chaos and enjoy the backdrop view of Chepang village.

Often the weather at Chepang remains placid in spring with bursting evergreen forest to relish. You get the best view at this time around with redden Rhododendron sprouting in and around the woodland.

The temperature also remains mild during the season with the sun casting light upon the village. Far-flung from the spring, it’s winter that succeeds bringing, somewhat considerably more trekkers than monsoon.

Although it’s bitterly cold at this time around, the views are still great with snow-covered villages. The visibility too, is quite strong with gleaming snow peaks smiling upon the valley.

Chepang Hill Trek is perhaps the least tedious trekking route than anywhere in the Himalayas. It’s revitalizing valleys alongside mystic forests and green terrains keep anyone traveling the region enlivening.

Walking the classic trail of Chepang is like stamping into the wildlands that offers nothing but scenic vista. Still, the vivid scenery can sometimes disappear into thin air with the season making the most contributions.

And for a season, we mean monsoon and winter which fails to provide strong visibility. Monsoon specifically brings a lot of rainstorms and cloudbursts with it on which the scenes hideaway.

The trails are also often drenched in rain, making it relatively unsafe to travel. As for the weather, it’s slightly difficult climbing uphill where the temperature gets low. Upon reaching the village, you may experience chilly weather but not as much as in Annapurna or Langtang.

Since the village lies at an altitude of 4029m, not many people suffer altitude sickness. And if any of the trekkers fall ill, it would just be mild and not much to worry about.

The cost of trekking to Chepang Hill won’t cost you a lot. Frankly, it’s not even half the price you pay for Annapurna Base Camp or Everest. So, how much will it actually cost you for Chepang Hill Trek? Although the cost for the trek highly depends on the itinerary, the starting price can be somewhere between $495-$500. 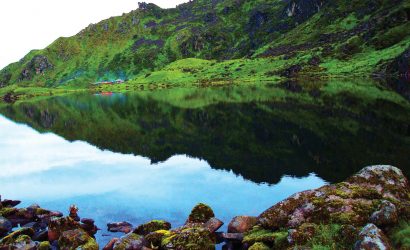